Just shortly after announcing whisky veteran Billy Walker’s 50th anniversary in the Scotch whisky industry, the distiller follows that news with this next batch of the 30-year-old spirit. 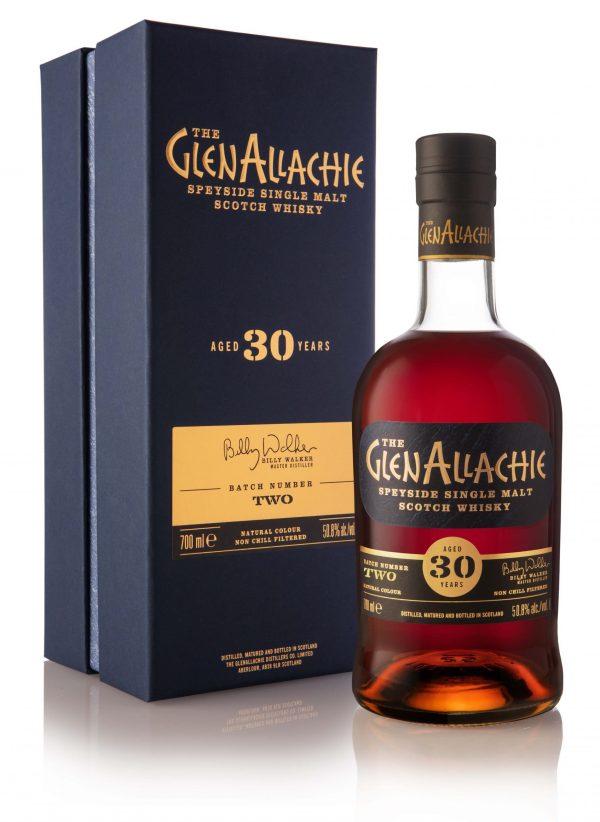 The result of Walker’s blending and wood management is a whisky with rich Sherry-matured elegance, a flavor profile that reveals layers of Seville orange, coffee beans, coconut and Medjool dates.

Bottled at cask strength of 50.8%, non chill filtered and at natural colour, this small batch release truly showcases GlenAllachie in its purest form, the perfect unison of cask and distillery character.

Lashings of dark chocolate, figs and orange zest, with treacle, raisins, cinnamon and hints of nutmeg.